You are here: Home / Thuringian cuisine

Thuringian cuisine is down-to-earth and hearty. Traditionally, Thuringian dishes are very meat-heavy, but vegetarian or vegan variations are also becoming increasingly popular. The vast forest areas and the availability of game and numerous berries continue to inspire Thuringian dishes to this day, including at the Erbenhof restaurant.

Due to culinary developments, Thuringian cuisine is sometimes difficult to distinguish from neighbouring regions. In the Saxon Erzgebirge, as in Thuringia, roast goose is stuffed and served with dumplings. The crispy skin is a particular delight at Christmas.

The proximity to Franconia in northern Bavaria is also reflected in Thuringian cuisine: here, a Detscher is often served with fresh Federweißen, the young, unfiltered wine. The spicy pancake with caraway seeds is made from a yeast, flour and potato dough according to a traditional family recipe.

Hessian influences can also be found in Thuringian cuisine. Hessian onion tart is typically served with fresh apple wine, while its Thuringian counterpart is sold at the local onion market, for example.

Other typical Thuringian specialities include Thuringian rouladen, Schwarzbier Krustenbraten, the popular Rostbratwurst and, of course, Thuringian dumplings, which are a must on (almost) every plate. 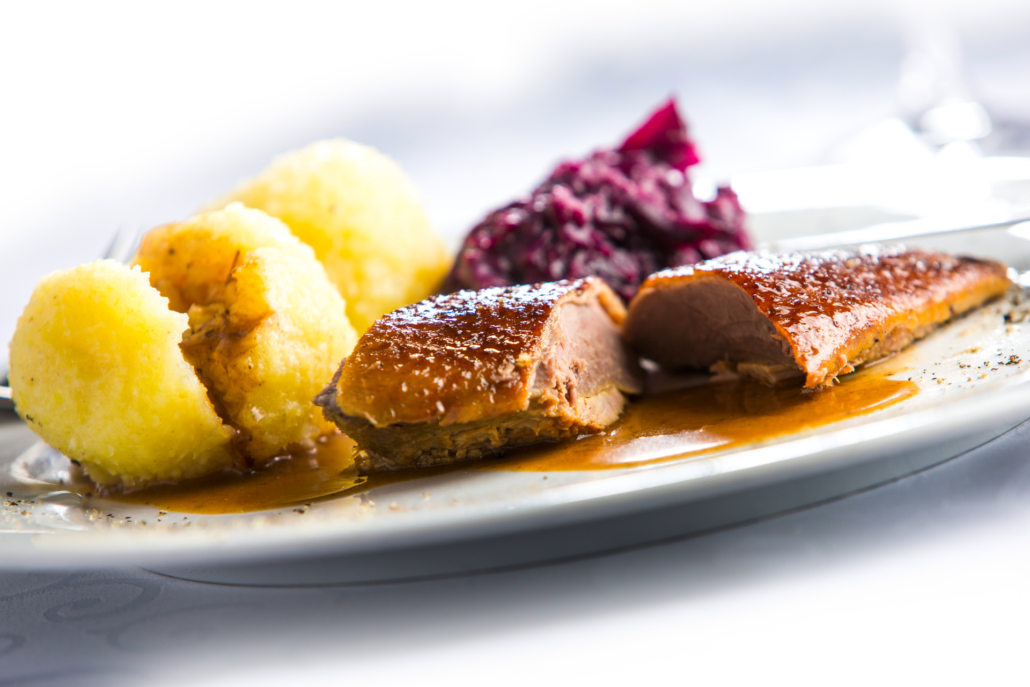 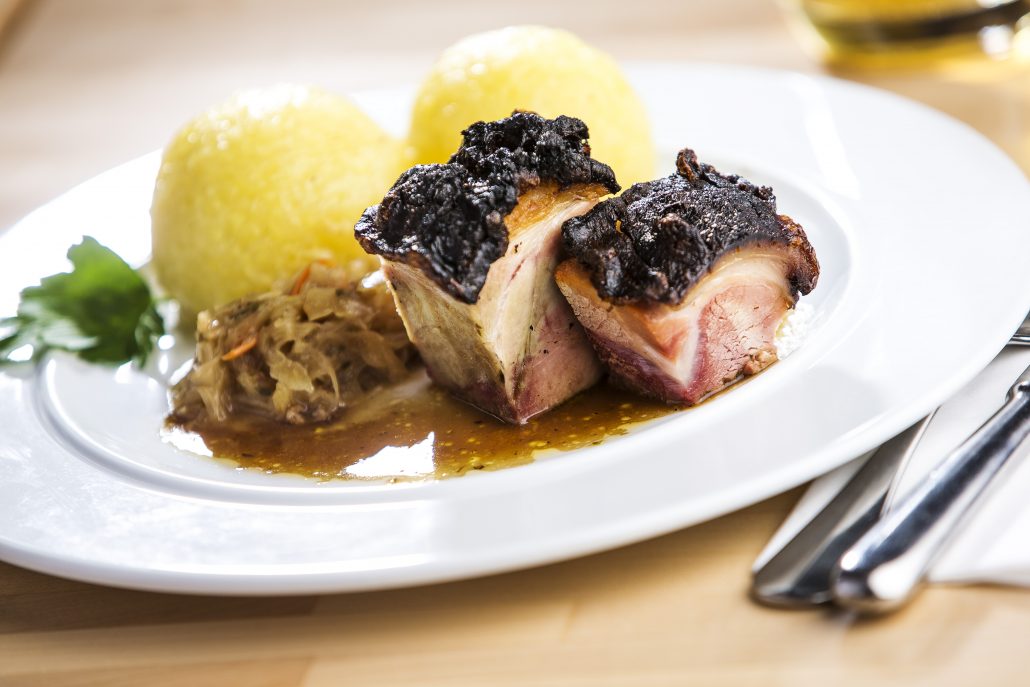 The Thuringian dumpling was created about 200 years ago when the harvest was extremely poor and ordinary people could not afford grain for bread. Instead, they tried to bake bread from potatoes that had already been sprouted, but this was unsuccessful. Fortunately for them and us, they were successful in making potato dumplings. The special process was refined and passed on over generations, so that you can still taste original Thuringian dumplings at the Erbenhof today.

Today, it is impossible to imagine Thuringian cuisine without Thuringian dumplings. To make them according to the family recipe, you need mainly floury potatoes, two-thirds of which are grated raw and one-third of which are boiled with salt to make a thin potato puree. The two parts are worked into a smooth mass and then the dumplings are formed. Potato dumplings should always be prepared fresh, otherwise the potato mass turns green. This can be remedied by adding “potato whitener”. If you follow the traditional recipe for Thuringian dumplings, croutons of stale, toasted white bread are placed in the middle of the dumpling.

Discover the culinary diversity of Thuringia at the Erbenhof. Take a look at the menu or follow our seasonal offers on Facebook. 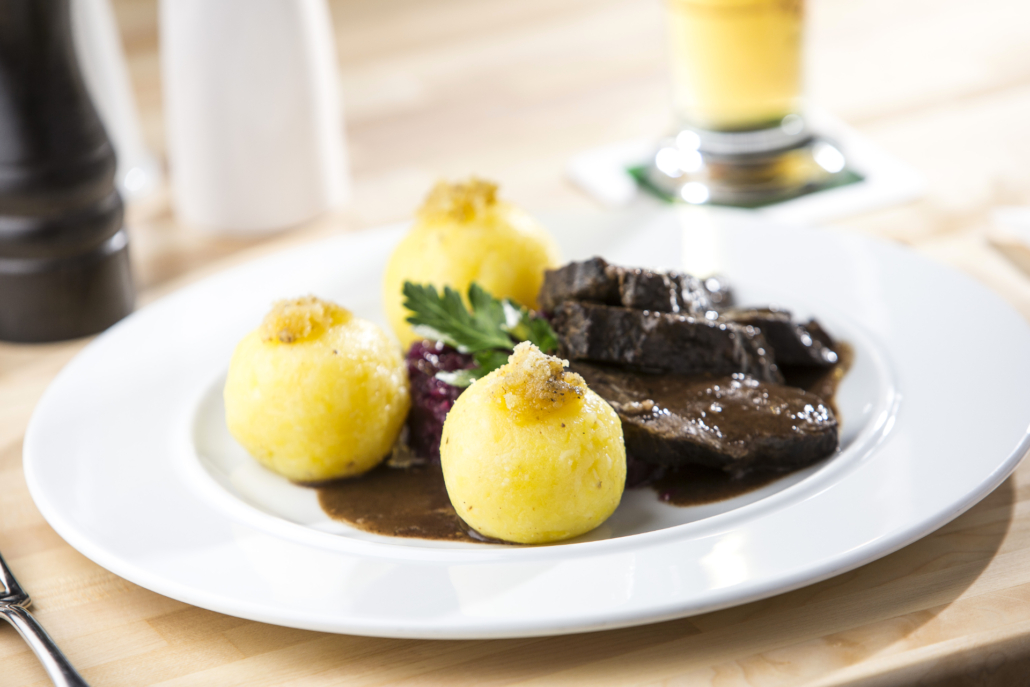 From the jar – homemade jam and honey

The Erbenhof supports sustainable, regional cultivation of fruit and vegetables. Therefore, all our berries and fruits come from regional farmers. The sweet vitamin bombs are made into fine jams and marmalades according to our own recipe and can be purchased on site.

The honey from our own apiary can be enjoyed at breakfast, with selected dishes or in tea. But also as a culinary souvenir, the golden happiness is available from our staff.

To the breakfast menu

Folk festivals and Thuringia go hand in hand. Every town organises its own festival, which (usually) honours a regional speciality. For example, the Weimar onion market celebrates onion cake, Jena celebrates Kunitz pancakes (named after the local district) and the Erfurt Christmas market celebrates Erfurter Schnittchen, a Christmas stollen. Food for the folk festivals is provided by the municipal bakehouses, where countrywomen bake the numerous trays of sweet cakes, detschers and onion cakes.

Try the Weimar onion tart at the Erbenhof during the autumn season. We serve the cult pastry with a glass of young, unfiltered Federweissem. 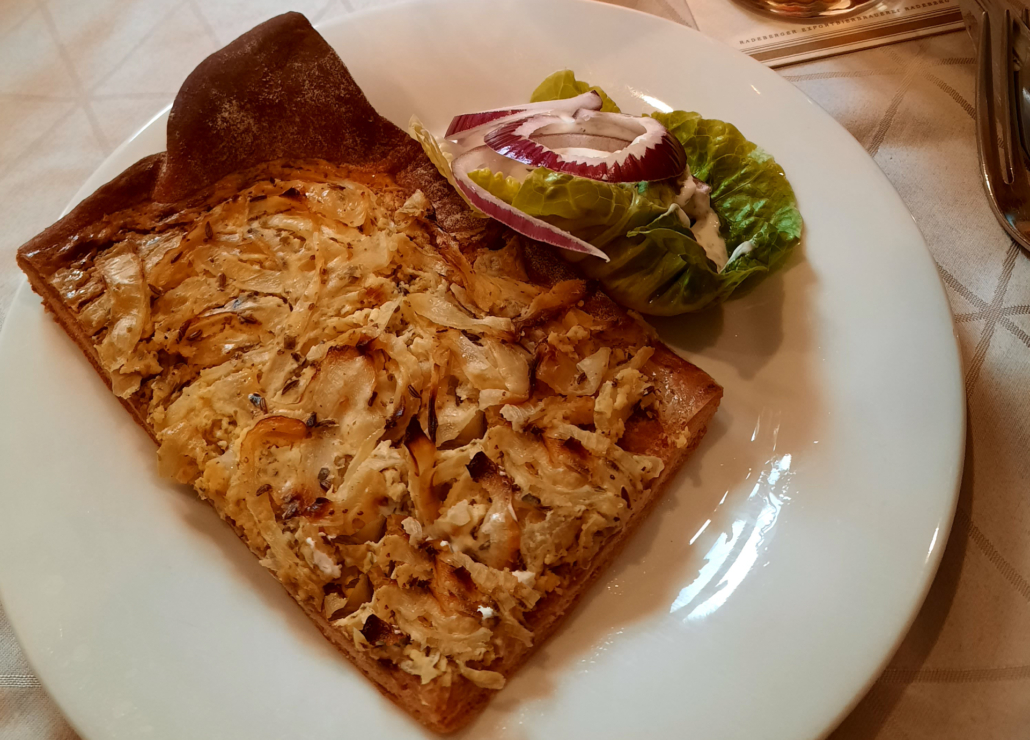 From the grill – Thuringian Rostbratwurst

Friends of savoury delights will also find what they are looking for at the Thuringian folk festivals. The Rostbratwurst is firmly anchored in Thuringian cuisine. The so-called Thuringian Roster traditionally contains pork or beef, refined with spices and stuffed into a fine pork casing.

At the Erbenhof, the Thuringian roast sausages are made according to the house recipe. The lamb used in our dishes comes from the farm’s own lamb breeding. We serve the Roster on Schlachterkraut (white cabbage) and with a cooled Apoldaer Pils. 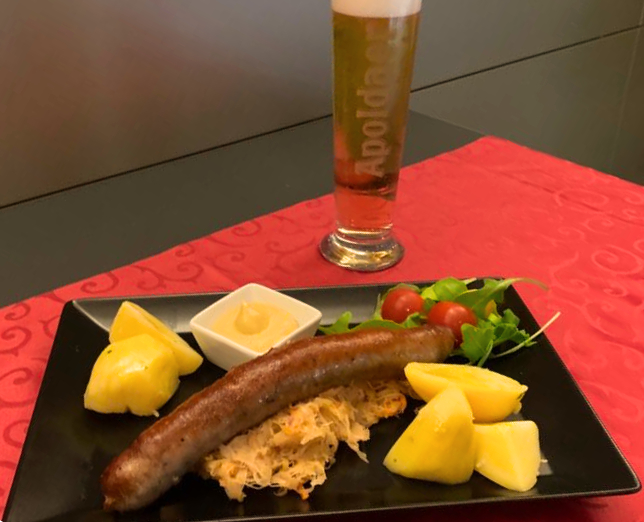 In Thuringia, two things absolutely belong in the culinary pre-Christmas season: mulled wine and the Thuringian Christstollen. At Erfurt’s Christmas market, Erfurter Schnittchen are offered at the stalls with a warming drink. But you can also enjoy the Thuringian classic at the Erbenhof restaurant. Come by and try our homemade mulled wine or a hot tea with honey from our own production. 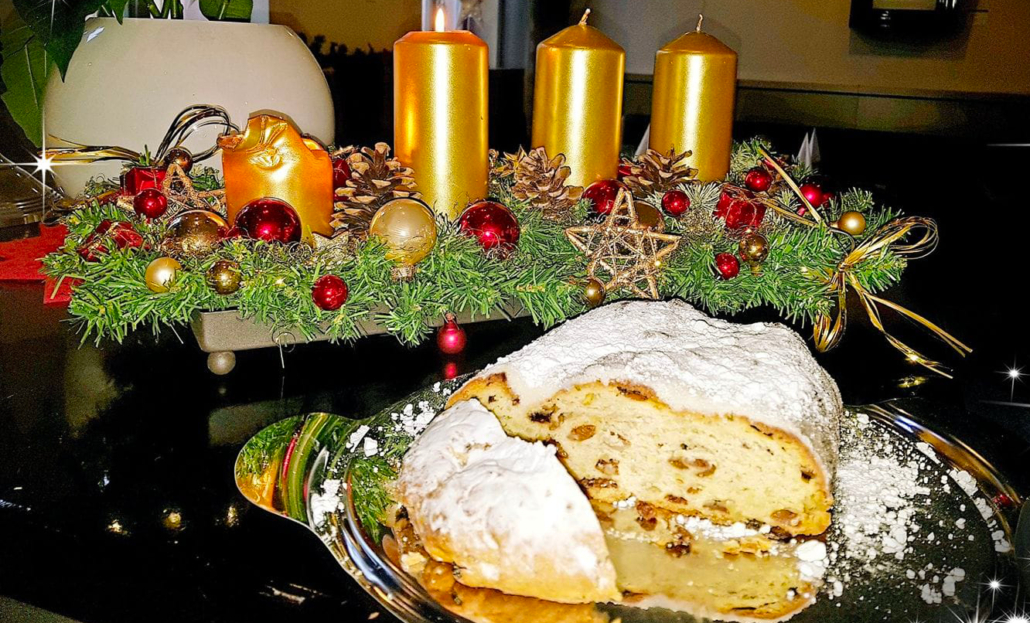 Thuringian delicacies that not only Thuringians enjoy: